Prices have risen in the Tron but bargains can be found. 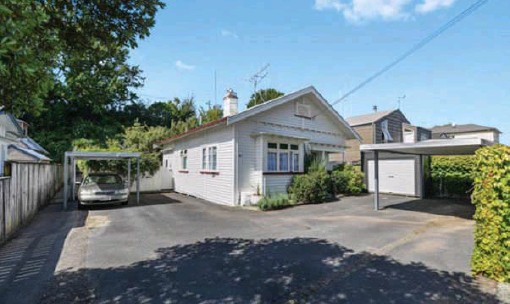 Hamilton has more $1m suburbs than ever but there are still plenty which come in under $1m in average property values, according to Oneroof’s latest house price figures. Of 41 suburbs measured in Hamilton, 26 were under $1m. That compares to 28 out of 276 suburbs in Auckland, 7 out of 56 in Wellington and 82 out of 113 in Christchurch. Across the country, of 2612 suburbs, 1628 had average property values under $1m, although some suburbs had few sales which can skew the figures. Campbell Scott, director of Harcourts Hamilton, says there are plenty of good homes available for those with a budget under $1m - he also says there are more and more sales in the city of over that. A few years ago million dollar sales were the exception but now they are much more common, and $2m sales are not that exceptional these days either: “That top end has really grown.” According to the Oneroof house price figures, the suburb of Bader has the lowest average value in the city, sitting around $650,000, a dip of nearly 8 per cent over the previous quarter. Scott says Bader is close to the hospital and has enjoyed good growth because of that. “There’s been a lot of development there, which has added a new type of housing and it’s brought a big population,” he says. “This is probably true of Hamilton, but Bader specifically - it’s the suburb that was predominantly 1960s and 1970s homes. “There’s quite a few state homes from that kind of 50s era through there as well.” Traditionally, the suburb had standalone properties on good-sized sections but in recent times developers have picked up a number of those and have replaced the original house with blocks of perhaps four two-bedroom homes, Scott says. The suburb is home to a diverse demographic from first home buyers to families that have lived there for some time, and there are also investment properties. “It’s a suburb that has seen a lot of change and growth both in the number of dwellings but also in the prices that people are paying,” Scott says. Typical of the listings in the suburb are a twobedroom entry-level brick home on Norrie Street, and a mid-range, three-bedroom timber home on Willis Street, listed at $649,000. Hamilton East is another sub-$1m suburb. Its average property value is $820,000, and, Scott says, it offers buyers more choice. “It’s got a little bit of everything in it; houses that are very much at the entry level, so the 1960s and 70s blocks of flats where you can buy an individual unit right at the very entry level price points through to some magnificent river front properties that are right at the top end of the market,” he says. There is a range of property in between those two extremes in the suburb, he says. “It would accommodate a budget from $400,000 to $4m probably, with $400,000 very much your entrylevel one- or two-bedroom unit in a block of eight or ten.” Harcourts is selling one in Wellington Street in the heart of Hamilton East in a block which leads down to the river for $399,000 - a rare find at that price, says Scott. “If you were looking to spend $400,000 in the city it’s going to be a pretty short list but Hamilton East is the sort of place where from time to time you will find that opportunity,” he says. Hamilton East has good schooling which makes it a sought-after suburb and a great shopping area with good retail and hospitality options. “The locals call it the Hamilton village. It’s just got a really nice feel to it,” Scott says. The university is at the other end of Hamilton East and the suburb is not far from the CBD. “It’s got lots of cool things going for it and it’s always been pretty sought after.” Also worth checking out is Dinsdale on the western side of the city, where the average property value is $802,000. Scott says there are a lot of 1970s homes in the area and the suburb is on the route out to Raglan. “You’ve got an industrial hub or area just down the road which creates a lot of employment opportunities.” Typical of the homes for sale in the suburb are a 1970s three-bedroom property on Hatea Place, listed for $760,000, and a four-bedroom new build on Blakewell Lane, which is priced at $1.049m. What has really helped first home buyers in Hamilton is the increase in stock. Scott says buyers now have more choice, and could find opportunities right across the city. “There’s some really nice housing developments and suburbs right around the perimeter of the city. The advice that we’re giving first homebuyers at the moment is get involved,” he says. “Recently, the challenge for first home buyers was that there was no stock and there was lots of competition, and now there is plenty of stock. “Numbers in Hamilton have gone from what was about 400 listings at the low to sitting at the moment at about 1050 so there’s considerably more listings for them to choose from.” Mike Gascoigne, branch manager for Bayleys Hamilton, agrees there is a good cross section of suburbs in Hamilton which first home buyers could access. “It’s really hard to pinpoint any of them. Rather than picking an area they need to cast their net a little bit wider and search under price range,” he says. The issue for first home buyers has been finance, although that has relaxed a little bit. “All the major financial institutes have been pretty tough on those first home buyers pretty much for the first six months of this year but they do tend to be relaxing some criteria a little bit which is really positive to hear.” Two listings Bayleys have brought to market recently include a 1970s renovated brick three-bedroom home on Leonard Place, in Dinsdale, which has an asking price of $875,000, and a three-bedroom timber character home on Opoia Road, in Hamilton East, which is priced at $649,000.