Where do all the old used calf teats end up? Kem Ormond reports. 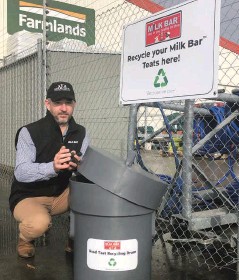 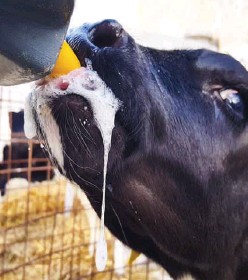 Until now farmers only had a couple of ways to dispose of used calf teats, and they were not exactly environmentally friendly. Milk Bar are proud to be launching a teat recycling trial here in the Waikato region. They are not aware of any other program like it across its 56 world markets, so they are excited to be able to offer it here in NZ. Farmers replace the milk teats on their calf feeders once or twice a year, which equates to anything from 100 to over a 1000 teats that need to be recycled on any given farm every year. So how will this work? Farmers will be able to drop off their used teats to selected Farmlands stores in Hamilton, Te Awamutu, Morrinsville and Matamata, where there will be purpose-built recycling bins waiting for them. These bins are equivalent to a 100L drum with reusable bin liners. An extensive media campaign will inform farmers as to how, what when and where! It is important to add, that this program is only suitable for Milk Bar teats, because they are made entirely from rubber and don’t have any oils or plastic components in them that could contaminate the recycling process. One important note is that farmers will need to clean them before they bring them in for recycling and 100 per cent of everything brought in will be recycled. With the trial now underway, it will run for the season finishing approx. December. Teats will be collected from the bins on a regular basis, stored, ready to be recycled after the trial ends. With no cost to the farmers, they will be able to drop off their old teats at the same time they are picking up their new Milk Bar teats! Trial results Milk Bar are hoping that the result of the trial will show that there is a demand for recycling their milk teats. It is an opportunity to see if there are any questions that need addressing before progressing further down the track. Even though there is a significant outlay for Milk Bar, they can see the benefit to both farmers and the environment in persevering with this initiative. Teaming up with another local Milk Bar approached several recyclers to discuss what the options were around recycling rubber, and they have teamed up with Tyre Recyclers Waikato, who share a very similar approach towards creating opportunities for sustainability. They have certainly brought a let’s make it happen approach, and they look forward to playing their part in the trial by offering collection of the teats. In turn these will be turned into products such as horse arena chips and rubber powder to produce recycled rubber matting. If the trial goes well here in the Waikato, then they will roll it out in stages across New Zealand and hopefully they will be able to influence some of their other overseas markets to do the same in the process. Milk Bar is a family-owned New Zealand company, founded on a family farm, it is a classic story of innovation born out of necessity. The founders of the company were having a frustrating time feeding their calves and out of that frustration, they pioneered a whole new concept for feeding calves. They make milk feeders and accessories, and everything is made at their factory in Waipu. Feeling that they needed to front foot a push towards sustainability–they have removed plastic from all their packaging and changed to sustainable and recyclable packing. This recycling program is an obvious next step for them, and they are very excited to share their vision and where in the future it may lead.