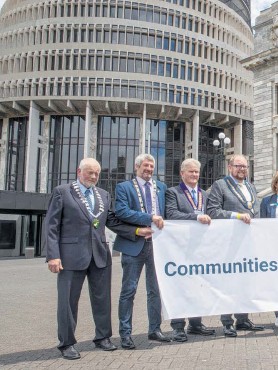 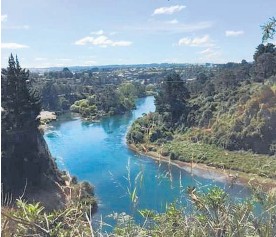 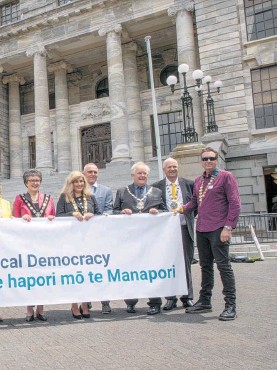 The Three Waters debate goes into the next round with three Waikato district councils joining a nationwide movement opposing the changes and Hamilton city councillors united in ensuring locals get a say in the reform process. Before Christmas, the Government announced it would delay introducing the new legislation to February 28 in order to allow its working group to consider governance, representation and accountability arrangements in the proposals and recommend any changes before the bill comes into force. Hamilton mayor Paula Southgate says her council wants to make sure the voices of Hamiltonians on the Three Waters reform will be heard. “This is government’s reform and there will be consultation through a select committee process. But we want to make sure Hamiltonians have every chance to give their views, not only to Government but to council to help inform our submission.” That is why Hamilton city councillors have unanimously decided to undertake a full public engagement and consultation process aligning with the Government’s consultation timeframes. Legislation and the select committee timing is expected in the first half of this year. “I know our community will have strong views and our council is united in giving every opportunity for those views to be heard,” Southgate says. “I think most people would agree the high-level outcomes sought by the reforms are great — better water services, better environmental outcomes, better planning for growth and more efficiency — but the detail needs work and Hamilton City Council has been clear it does not accept the reform model as it stands.” Meanwhile, South Waikato, Matamata-piako and Waipā district councils joined the newly formed group Communities 4 Local Democracy-he hapori mō te Manapori, and were able to raise their concerns about the Three Waters reform in Parliament mid-december. Communities 4 Local Democracy was created in direct response to the Three Waters reform debate and is chaired by Manawatū District Council mayor Helen Worboys. The group says it is taking a constructive approach to the situation by seeking alternative models that might also achieve the objectives of government and local communities. So far, 24 councils nationwide have joined the group, which represents more than 1.4 million people. Worboys says: “We are the elected local voice of our communities, communities that are very clearly telling us that they don’t want control of the assets that generations of our ratepayers built up and paid for being snatched away from them as part of the Government’s plan.” Matamata-piako mayor Ash Tanner was one of a large group of mayors that took their concerns about the Three Waters reform to Parliament on December 15. “This isn’t about being renegades, it’s about getting a credible model and we’re committed to working with the Government to achieve that,” he says. Tanner says that no one would dispute there was a need for investment in new water infrastructure and like the Government, the group wants to ensure all New Zealanders have access to safe drinking water. “But there’s a better way to achieve the Government’s objectives. Our action group will introduce fresh ideas for better water. But our fresh ideas will ensure that our local communities continue to have a say on how the assets that they have bought and paid for are used to achieve our health and environmental goals.” South Waikato mayor Jenny Shattock couldn’t attend the meeting in Parliament, but she is backing the group and says her council and the South Waikato community do not believe in the proposed Three Waters model. “We don’t believe that the best solution lies in putting our assets into what will be four of the largest companies in New Zealand — and then denying our communities their say in how those companies are run. The current offering is, quite simply, not good enough for the people of the South Waikato. “We have to hold the Government to account on refining its proposed model and take local government and community feedback into account.” Waipā mayor Jim Mylchreest also couldn’t be at Parliament in person, but he says he joined Communities 4 Local Democracy to ensure the voices of Waipā residents will be heard. “First and foremost, we want to ensure we have a voice for Waipā. We want a pause in these reforms and we want to find the best solution for our community. We know there are problems throughout the country with water infrastructure and we want to see action taken where it is needed. “We disagree with the Government that a four-entity solution is necessary to gain economies of scale. We are sceptical of the base figures used to draw these conclusions as a number of councils do not have an accurate assessment of their infrastructure asset management plans; while central government does not have national standards for wastewater or stormwater discharges.”