Wool now seen as negative income for many in the industry, writes 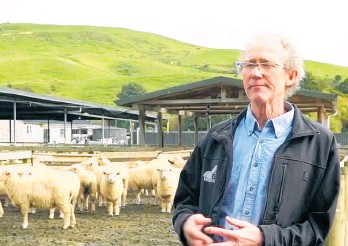 Wairarapa sheep-genetics supplier Wairere Ltd plans to release a sheep breed that does not need to be shorn. Wairere business manager Simon Buckley said Wairere aimed to produce sheep for New Zealand conditions “that don’t grow any wool from the outset”. “You have to draw the distinction here a little bit between sheep that shed their fleece and sheep that don’t grow any wool at all,” he said. The company sourced genetic material from the British Isles and inseminated Wairere’s ewes in Bideford this autumn. “Now we will wait with bated breath to see how many live lambs we’re going to generate from this big plan,” Simon said. “There’s 1200 ewes that have been inseminated or had embryos transplanted into them, so it’s a big investment on our part. “Those lambs will be born in the coming spring and from there we hope to be able to offer to New Zealand farmers ram hoggets to use for next mating in a year’s time. “That will start the ball rolling in terms of the commercial dissemination of these genes out into the New Zealand sheep flock.” Simon said the new genetics would have a big impact. “We’ve got all of the other resources in place within this business to develop these sheep into something that we believe will be of value in the long term to the New Zealand sheep industry,” he said. “This is only just a small part of our total genetics supply, but it will provide an alternative to those people that feel that they want to move away from wool and the costs associated with farming it. He said the animals would be hair sheep. “In some ways we’re just going back to the way sheep were probably evolved in the first instance.” Simon said because of the low price of wool, the new breed could save farmers money by eliminating shearing and dagging costs. “If you go back to the late 80s, wool probably comprised up to 50 to 60 per cent-plus of a sheep farmer’s income. Today most sheep farmers would say it’s a negative — it’s costing more to produce than what they are receiving for it on the market. “That trend has been going on for a long time and people have been searching for alternatives, which there hasn’t been a lot of to date.” Wairere research and development manager Emma Pettigrew said it would be the first large-scale operation of hair sheep in New Zealand. “One of the biggest challenges was just getting everything here and right,” she said. “There’s a lot that can go wrong in terms of the semen collection — especially the embryos — and things like that are really delicate. “We will have animals to work with rather than tiny little frozen embryos and straws of semen.”