Mobile units go out to neighbourhoods

Ma¯ori health providers in Taranaki are scanning neighbourhoods block by block to locate younger people without Covid-19 vaccinations. Mobile vaccination vans will then hit the streets to make it as easy as possible for the unvaccinated to get a shot. Like the rest of New Zealand, the rate of Covid vaccination for Ma¯ ori in Taranaki is around twothirds that of non-Ma¯ori for the first dose, and just over half the rate for the second dose. Taranaki Ma¯ori over 50 years old are vaccinated at almost the same rate as non-Ma¯ori, but 35-49-year-old Ma¯ori have been jabbed at three-quarters the rate of non-Ma¯ ori, and 12-34-year-olds at half the rate of non-Ma¯ori. Te Aranga o Taranaki is coordinating Covid recovery for the region’s eight iwi. Te Aranga’s iwi recovery manager Emere Wano said health providers needed to find where the unvaccinated are, so had negotiated for access to Ministry of Health information down to meshblock level. A meshblock is the smallest statistical unit in New Zealand, as small as part of a city block, and can offer age and ethnicity data. “It’s being able to access that in the way that we need it, at the granular level at the meshblocks,” said Emere. “We specifically need that information because the mass approach just doesn’t work for us.” The chief executive of health provider Tui Ora, Hayden Wano, said vaccinators have good knowledge about areas they had already worked in. “Where we don’t have good information is the locations and age groups where we haven’t been yet, so we’re trying to get a deeper understanding of what that looks like so we know where to go.” Vaccination teams would then travel to localised communities — including in rural areas — to offer jabs. “You’re likely to see us in places where it’s comfortable for people to rock up have a cup of tea and have a chat with somebody about why it is a good idea to have the Covid vaccine, and then if that is convincing for people there’s the opportunity to have your jab there and then.” Hayden said two vaccinationequipped campervans were available in Taranaki with a third due soon, and teams on board would have a different makeup. “It’s about people who can relate to the audience we want to reach . . . and information will be presented in a way that’s impactful for young people. “We need to be able to connect directly with taiohi (young people) — whether that’s Tik Tok or Insta, playgrounds, sports clubs, kapa haka or the skate park.” Recently 93 workers, mostly Ma¯ori, were vaccinated by a Tui Ora team at New Plymouth’s Tegel factory. Hayden Wano said as well as the new highly localised focus, the Ma¯ori health providers were also working with iwi through Te Aranga to better coordinate a regional effort. “It’s a much more planned and organised focus at a regional level, rather than just our own locality, to get the vaccination rate to a level that addresses the equity challenges that we’re facing,” he said. The senior responsible officer for Taranaki District Health Board’s Covid response, Bevan Clayton-Smith, said the Delta Covid outbreak had hit younger people and Ma¯ori and Pasifika. He said the DHB was awaiting Te Aranga’s plan to assist where it could, and meanwhile, Ma¯ori vaccination rates were slowly catching up. “We delivered almost a thousand vaccinations to Ma¯ori last week, which was 12.5 per cent of all vaccinations across the Taranaki programme, and that has been increasing. And last week we reached the milestone of 10,000 Ma¯ori vaccinations.” Taranaki’s medical officer of health says preparations are being made for the arrival of the Delta variant in the region. Dr Jonathan Jarman said the Waikato outbreak showed it was inevitable Delta would reach Taranaki. “There are a lot of people who travel from Taranaki into Waikato and back, as highlighted by testing following the cases in Waikato. Testers told me they were very surprised how many people had been in Hamilton over the weekend. “We talked last year about flattening the curve and that’s exactly what we’ll be doing once again. We’ll need to flatten the curve, we need to protect our health services so that they don’t get overwhelmed.” Dr Jarman said it would be possible to stamp out the virus in Taranaki and vaccinations were key. He said hundreds of millions of people had been vaccinated around the world, proving the safety of the vaccine. “The question is how do you want to get your protection? “Do you want to get it through the vaccine, which has a really good safety record, or through the disease, which has an appalling safety record? This is such an infectious disease it’s going to hunt down people who are unvaccinated.” 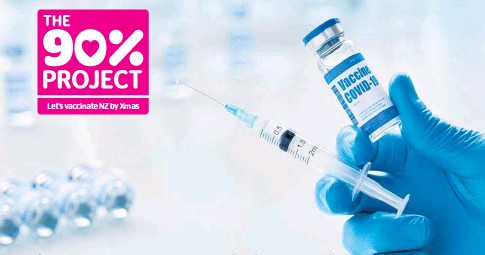