New chance to shape the future of local government

Among the multitude of reform packages currently being undertaken by the Government is the less well known Future of Local Government review. To advise the Government on this subject an investigative panel has been set up and, within a very short timeframe, the panel has delivered its first interim report. The review is seen by many as a great opportunity to rebalance the roles of central and local government, and that means all parties have to be open to changing their roles if we want to achieve different outcomes for communities. There are many issues councils have been struggling with under the existing local government legislative framework and it is timely to review the system of local government to assure ourselves that we have a system that best serves our people, our environment and future generations. The roles of councils are set to change should the Three Waters proposal proceed, resulting in the delivery of water services sitting with a new water entity operating outside of council. The gaping hole left behind in councils will diminish the role of local authorities to the extent that we do need to ask, what now? The Future of Local Government Panel has identified opportunities that show there is huge scope for improvement, but meaningful change will require both central and local government letting go of some traditional roles and working far closer in many others. At a national level, already there have been suggestions on where councils could add value. Examples include: more council involvement in delivering housing, health and other social services to the right communities at the right time. This would be underpinned by the notion of local needs, local knowledge and local solutions. I try to be optimistic and that all sounds very noble, almost utopian, but let’s be realistic and remind ourselves it also seems to be flying in the opposite direction to other reform trends where “bigger is better” and centralised models are in favour. The scrapping of regional health boards and the Three Waters reforms are standout examples of this trend. One of my long-held concerns for this district and others is the sustainability and ability to pay challenges we face with regard to the future funding of council activities. Therefore I’m pleased to note the review panel’s commitment to considering whether councils have the appropriate funding and financing tools to meet future responsibilities. For years and years, successive governments have imposed new compliance costs on councils and new responsibilities, and in many instances have done so without any funding support. Ultimately, the cost increases translate into rate increases that are simply unaffordable for many in our community. Given some prominence in the report is the concept of local “governance” rather than local “government” per se. Before it was changed in 2010, the LGA 2002 legitimised councils’ central role in local governance but the shift in focus, away from local governance and wellbeing to more efficient services, now reflects in the degree to which local government is essentially a “taker” of the policies and programmes that central governments decide to impose. In other words, the major challenges that councils face are less to do with the capability and capacity of local government and more to do with what we are being legislated to do. Hopefully, the review will be able to address these issues and more. 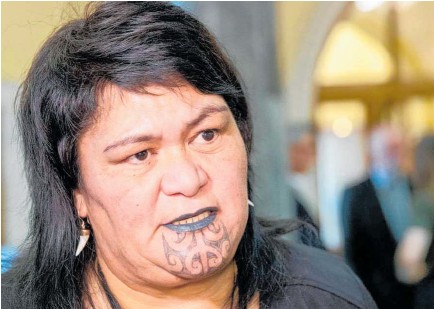