Stratford has its very own fantastic four — the community champions who are this year’s recipients of a Citizens Award. Hilary Jane, Alan Manning, Raewyn Rooney and Michael Walsh are the 2021 Stratford District Council Citizens Award recipients to be honoured at an awards ceremony next month. Stratford District mayor Neil Volzke says all four recipients are “truly worthy”. “Each of these people have put in an incredible number of volunteer hours and their individual organisations as well as the community overall have benefited from their contributions. I congratulate each of them and look forward to the presentation evening next month.” The Stratford District Council Citizens Awards are an annual tradition that have run for more than 30 years, and recognise individuals who have given a significant amount of time and energy to their community over many years. This year’s recipients join an elite group of 110 previous recipients and each of the four have given many years of service to their community. Between them they have supported a wide variety of clubs, organisations, community initiatives and fundraising campaigns, and none of them show any signs of stopping or even slowing down any time soon. “I’m just lucky to have the time and health to do it,” says Michael, while Raewyn says she thinks volunteering is good for the soul. “If everyone took the opportunity to do a small bit of volunteer work they would feel the benefit I get from it and want to keep doing it too,” she says. “If you’re doing something good everyday, then you’re doing something aren’t you,” says Alan, who says he hopes to continue doing what he is doing for plenty more years to come. Hilary says doing things for others doesn’t have to be hard or expensive. “It costs nothing to make someone smile.” Friends and family of the recipients are invited to the awards ceremony at Council Chambers on Tuesday, August 3 at 5.30pm. 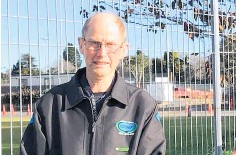