Throwing themselves into Comm Games 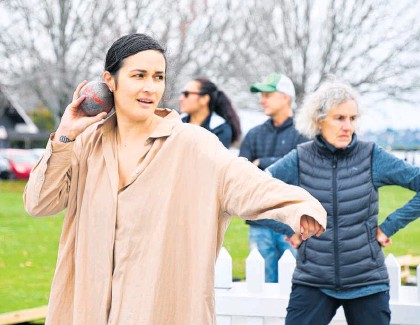 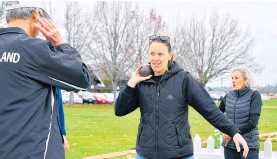 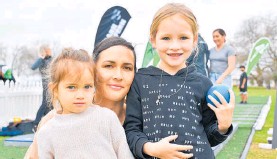 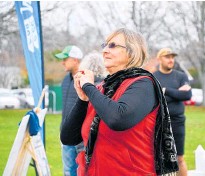 Kids and adults alike headed to Rotorua’s waterfront to give shot put a go last Saturday, some for the first time. With the Birmingham 2022 Commonwealth Games kicking off at the end of July, four cities around New Zealand will be getting the chance to try their hand at shot put. More than 4500 athletes from 72 nations and territories will attend the games over the 11 days of competition. The New Zealand team will be represented by up to 230 athletes, competing in around 20 sports and three Para sports. Give it Your Best Shot involved a shot put circle touring Auckland, Rotorua, Wellington and Christchurch. The event was held in Rotorua on Friday and Saturday, visiting whata School and Sunset Primary School on the first day. Marvel Experiences partner Scott Wallace was helping run the event for the New Zealand Olympic Committee. He says it is important for people to be active and the touring shot put circle gave children and adults a chance at trying the sport. It was a mix of people finding it fun and saying, ‘Oh, I’m not sure if I will be good at this’, he says. Rotorua’s own Paralympic F37 shot putter and F38 discus thrower Lisa Adams attended the school and public events. The athlete won gold in the shot put on her Paralympic Games debut in Tokyo last year. Lisa wasted no time in breaking the Paralympic record with her first throw of 14.36m and heading to the top of the field, where she remained for the competition. Over her next five throws, she bettered the record a further three times, with a throw of 15.12m in rounds five and six as her best result and 1.4m ahead of the silver medallist. She says Give it Your Best Shot is about generating some interest ahead of the Commonwealth Games and is good for the city. “I think it is important for a community like Rotorua. I think it’s cool to get people involved. Just have a go.” At the public event men, women and children participated. Among them was 10-year-old Alana Thomson who did not think she would make a career of it. While Alana was not much of a fan of the sport, Rae Mutu found herself enjoying it. She had never picked up a shot put in her life, but the only criticism she had was that she thought there should be an over-70s category. “It was good fun. It’s wonderful to see Lisa here, that’s very special.” Jayne Hendrikse had not picked up a shot put since her school days but said the coaching helped put¯oher in good form to throw. “I think the sound effects helped it to go a bit further too.” Among the children participating were 4r-year-old Luca Rose Van den Brook and 7-year-old Zaeleah Corfield. It was Luca’s birthday and the family enjoyed watching aunt Jamie Lee O’brien launch the shot.