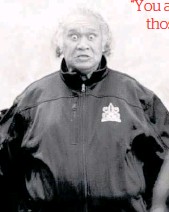 Exemplar is not a word in everyday usage. The Collins online dictionary defines exemplar as “. . . someone or something that is considered to be so good that they should be copied or imitated.” I heard it for the first time in decades at a hui in our whare tupuna Wahiao, just a couple of months ago. The wananga was called by Te Whare Korero o Tuhourangi to assess the progress of potential speakers for our pae tapu. The untimely death of Mauriora Kingi had knocked the Tuhourangi-ngati Wahiao succession plan out of the playing field. He was supposed to be at the helm. So the whakre korero conferred and agreed that experts from outside of the iwi be asked to help. Muriwai Ihakara was one of the whaikorero and tikanga tohunga who answered the call to help Tuhourangi. On that day in October he sat alone on one side of Wahiao, facing the dozens who had gathered. I joined female members of my extended family to sit alongside him, to help keep that side of the whare warm. He quickly and easily put the candidates at ease. It became apparent that some were playing catch-up, trying to cram months of homework into a few minutes until it was their turn to speak. The whaikorero “students” were alternately to play the roles of hau kainga and manuhiri. To someone as ignorant of the finer points of whai korero as I am, Muriwai’s assessments and comments were a real eye-opener. They made me appreciate that good oratory was not just a matter of reciting whakatauaki and generations of whakapapa and delivering it smoothly with drama and humour. Muriwai gave considered and thoughtful reponses, making clear where more work was needed but giving encouragment. “You are exemplars to your iwi, to those who take the whai korero path.” The hundreds who came from all over the motu to awhi Muriwai and his whanau during his final journey and again this week as he lay at Te Wai Iti are testament to his mana and his humility, his knowledge and creativity. He is the epitome of a role model for Te Ao Maori. An exemplar.