Tractors, utes, trucks, and even a few ride-on lawnmowers stretched as far as the eye could see on State Highway 2 in Katikati as part of a national protest against the Government last week. Hundreds of vehicles descended on the Western Bay of Plenty township at midday to demonstrate their upset at what some have described as an “interfering Government” imposing too many rules on the rural sector. The Katikati rally began in two parts: gatherings at the southern and northern ends of town before driving along the main street and uniting at Moore Park. Amid a constant stream of tooting from passing traffic, organiser Christina Humphreys said many in the rural sector had been “mumbling into their beards” until now. A large crowd held flags and signs and waved at passing motorists honking in support. Ingrid Raath, from Tauranga, said she took part because what affected farmers also affected the wider community. Avocado grower John Doull led the procession on his Massey Fergusson tractor “Myrtle”, a make he said was used a lot in the 1950s to help break the land. The same make of tractor was used in 2003 by then-Taranaki MP Shane Ardern to mount Parliament’s steps in protest against the proposed methane tax. “If things don’t improve, then I’ll be going up those steps again,” Doull said. A man, who would not be named, said he was sick of the “interfering government” and it was getting harder to make ends meet while dealing with increasing compliance costs. The convoy paraded past hundreds of people standing roadside, cheering them on. A clicker counter at the park tallied more than 500 people. While some held signs calling for more support for farmers, others took the protest as an opportunity to criticise media, New World Order and vaccinations. At the park, Humphreys spoke to the crowd and said she was very proud of everyone who took part. She said there was a number of issues and people were feeling overwhelmed by the red tape. “You have to say ‘no’ and we’ve done that today.” Humphreys was supported by Tauranga MP Simon Bridges and Western Bay of Plenty District councillor Margaret Murray-Benge. Bridges said the crowd deserved gratitude. He told the Bay of Plenty Times he was surprised by the turnout as Kiwis were typically pretty laid back. It was the biggest protest he had seen in the Western Bay of Plenty for at least the past decade, he said. “It shows you can push and push . . . but people have come out in force.” Asked why he believed there was such a strong turnout, Bridges said there were a lot of rules and regulations affecting people such as farmers and the so-called “ute tax” added to this. Bay of Plenty-based Labour List MP Angie Warren-Clark said earlier this week it was understandable some of the rural sector “might be feeling targeted, but actually, this is a target for everyone in the country. All of us need to make a shift where possible.” The fees affected only new purchases — not existing fleets or secondhand buys — which for many businesses could be written off for tax purposes anyway, she said. GEORGE NOVAK 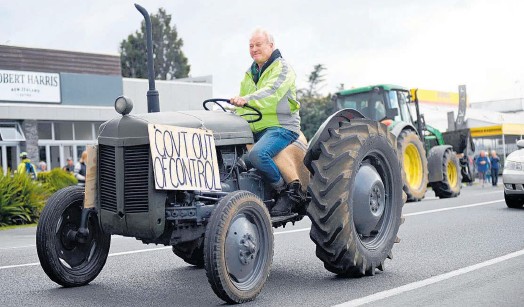 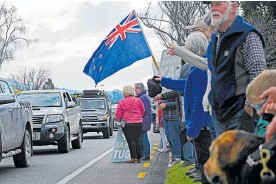 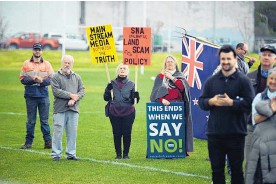 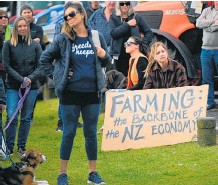 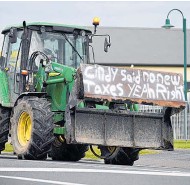 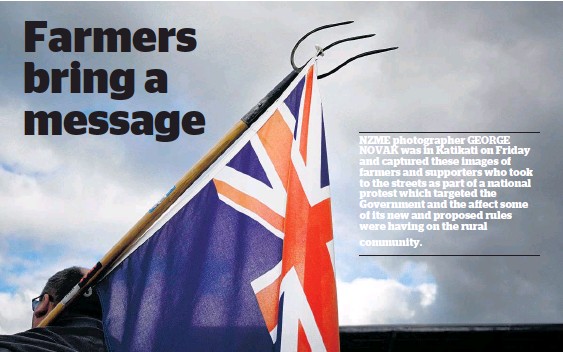