Italjet’s new Dragster is inspired by the world of superbikes 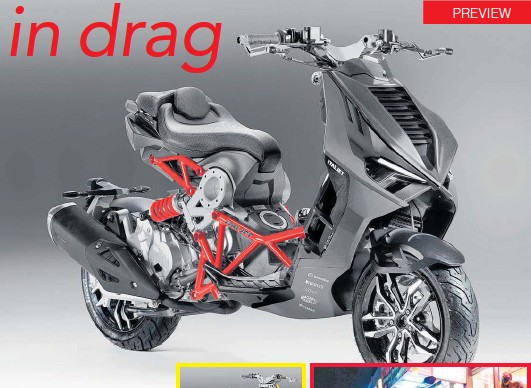 There’s a new sports scooter in town. Italjet made its mark with high performance scooters in the 1990s and now there’s a new model from the Bologna motorcycle manufacturer: the Dragster. According to the company, this “urban superbike” is “an unconventional vehicle with a hypersport style, a technological marvel, and a completely bespoke design”. The Dragster features a steel tube trellis frame integrated with die-cast aluminium plates and the patented Independent Steering System (ISS), which separates the steering and shock absorber systems. It’s powered by a single-cylinder fourstroke liquid-cooled 200cc twin-cam, four valve engine; the powerplant is also Euro5 approved. Dragster 200 is produced in red, yellow, and black liveries. In New Zealand, the price of the 200cc is $9949. The Kiwi network is limited to 10 dealers, some already appointed, others in the process of being defined. Massimo Tartarini, president and chief executive of Italjet Spa, says: “Once again, we are ready to bring Made in Italy to the world, strengthened by an all-Italian