The five things you need to know about the housing market this week. 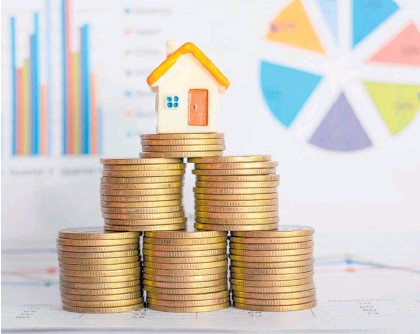 ■ 1. Property values fell widely and to a sizeable degree in April The CoreLogic House Price Index for April showed a monthly drop in New Zealand’s average property value of 0.8%, the first fall in the index since the initial Covid-lockdown period in 2020. Auckland and Wellington were even weaker this April, with drops of around 1.5% apiece. By contrast, Christchurch held up better, with an increase of 0.5%. Overall, this was clear evidence that the market has turned a corner, and judging by media headlines and anecdotal conversations, it’s amazing how quickly sentiment can shift too. Unfortunately, the “market mood” is hard to quantify, but when you combine more pessimism, with the fundamental forces of stretched affordability, tighter lending criteria, and higher mortgage rates, values look likely to remain weak. ■ 2. The Reserve Bank’s Financial Stability Report didn’t contain much that we didn’t already know Those vulnerabilities in the property market were also flagged last week in the Reserve Bank’s Financial Stability Report, but there wasn’t a whole lot of new information within the report. It reiterated again that a framework for debt to income ratios will be finalised before the end of the year, but not implemented until mid2023, if required. And it also contained data confirming the news stories lately about some banks raising their serviceability test interest rates. Sometimes the Financial Stability Report has previously been used to announce new lending policy rules (e.g. LVR changes) or consultations about proposed measures, but there was none of that this time around. ■ 3. Unemployment still very low, for now For property owners, at least it would have also been reassuring to see last week’s labour market data, showing that the unemployment rate held at a very low 3.2% in Q1 2022, and also that wage growth has accelerated further (albeit not enough to compensate for inflation). However, as with most things, it’s about the future — and with some signs now coming through (e.g. filled jobs data) that low business confidence may be causing hiring activity to slow down, we’re still watching the labour market closely. Any upwards trend for unemployment would tend to undermine the property market even further over the coming months. ■ 4. Dwelling consents continue to make a liar of me Another month, another new high — and another false call from me! New dwelling consents rose above 50,000 on an annual basis for the first time in March, whereas I’ve been thinking that a slowdown for consents has been on the cards for several months now. However, even if they do continue to hold up for a while yet, there are caveats — e.g. surely in this rising cost environment, a higher share of consents will not ever turn into a completed house. And with demolitions also part of the equation, the net change in housing stock is smaller than consents too. That said, it’s obviously still a good thing that consents are high, and over time should help to improve affordability. ■ 5. First home buyers still finding it tough? Towards the end of this week, the CoreLogic Buyer Classification data for April will be available, and it’s hard to see recent trends turning around to any great degree. First home buyers and mortgaged investors look likely to have had further softness/ falls for market share (amongst an overall drop in the number of transactions too), with other groups such as cash investors and movers lifting a bit. We’ll report on these numbers next week.