Douglas Links to add to courses already in the area 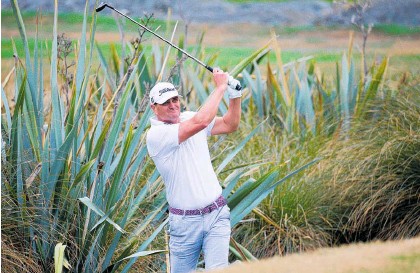 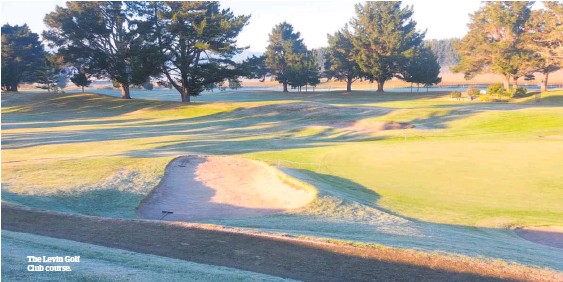 Horowhenua. It’s famous for . . . its golf courses? Xero co-founder Hamish Edwards is planning to build an 18-hole links course west of Ōhau which — if it gets the go-ahead — could put the region on the map as a golfing safari destination. To be called Douglas Links, the new course would be a cherry on the top of a smorgasbord of golf courses that already exist in Horowhenua. Ōtaki, Levin, Shannon and Foxton have established courses, as do Waikanae and Kāpiti, while Paraparaumu was recognised internationally as one of the best courses in New Zealand. Paraparaumu had played host to the New Zealand Open no less than 12 times and will be forever famous for hosting Tiger Woods in 2002. So, could it now be Horowhenua: Destination golf? Existing clubs could certainly cater for all levels of golfer, with an 18-hole casual round varying in price from $15 at Buckley Golf Course in Shannon to $95 at Paraparaumu. Mayor of Horowhenua Bernie Wanden said the news was exciting for the region. “The fact that someone wants to make that level of investment in our district is very exciting . . . it is certainly a comprehensive plan that has been lodged,” he said. “It will only add real benefit to the district as a tourist destination. We are not known as a tourist hot spot around the country and this type of experience will only attract visitors. “We do have huge potential in terms of the recreational market with our beaches and walks and this could prove to be a catalyst for a range of investments.” Despite being a very handy rugby and cricket player in his day — by his own admission Mayor Wanden wasn’t much of a golfer. “I’m just a hacker. I don’t play much at all, maybe once or twice a year.” But he would be keen to play Douglas Links given the chance. “I would love to have a go. It’ll be on the bucket list,” he said. Paraparaumu Golf Club’s Leo Barber said he was in full support of the Douglas Links proposal. “It will be good for golf, and good for the local economy through tourism and associated employment,” he said. Barber said Tourism NZ research had shown that for every dollar spent by a visiting golfer on golf, a further $3 was spent within the surrounding locale. The club processed 35,000 rounds of golf a year, with almost a quarter of those attributed to visitors from outside the region. More than a billion dollars was spent on golf in New Zealand annually. Levin Golf Club president Mark Duston said his initial reaction was that it would be good for the game and raise the profile of the wider region as a golfing destination, similar to Queenstown, where six courses were within 20 minutes drive of the town centre. He said it was probable that Douglas Links might appeal to a different clientele than that of the Levin course and other courses in the region, although he was yet to see the finer details of the proposal. The club would be interested in being involved in any plans that involved a collaborative approach to grow the sport and the profile of the Levin course, he said. Golf New Zealand CEO Dean Murphy said in a supporting submission to the resource consent hearing that golf was the largest club-based sport in New Zealand with more than 500,000 participants. And growing. “In the last 12 months, golf participation has grown 15 per cent and registered club memberships have grown 10 per cent,” he said. Edwards was an avid golfer and currently plays off a handicap of 6.5, despite only taking up the game later in life. Resource consent for Douglas Links was lodged with regional council Horizons by Edwards through his company Grenadier New Zealand Ltd to turn 140 hectares of rural coastal farmland into a world-class links course, just north of the Ōhau River mouth. Purchase of the land was conditional on resource consent being granted. Internationally renowned golf course planner Darius Oliver from Australia was involved in the design.