Foxton Little Theatre is one of the oldest of its type in New Zealand and every effort is being made to ensure the curtain flings open well into the future. Horowhenua Chronicle was allowed a quick peak behind the scenes ahead of its latest production Lent, which starts next week, and found every effort was being made to encourage emerging young talent. Foxton Little Theatre was first established in 1949 and was steeped in history. But like all community organisations, it was faced with the challenges of encouraging and retaining members. President Carl Terry said with societal attitudes and trends changing, like all community organisations it was important the committee kept one eye on the future, and new blood was vital to ensuring theatre continued to thrive. “There are more and more soulless pursuits distracting young people these days. It doesn’t bode well for the future of humanity,” he said. Now aged 73, he admitted the theatre’s committee secured Lent with one of the theatre’s promising young members in mind. The play was a perfect fit for Navah Chapman, who at 16 years old had been involved in numerous productions already in a variety of roles. “To ensure the future of theatre, you have to bring young people through,” he said. “None of us are here forever.” Terry was a born and bred local and one of the foundation pupils of Manawatu¯ College. He himself became involved with Foxton Little Theatre as a 16-year-old and had never lost that passion for community theatre. “I got bitten then and have had the bug ever since,” he said. He was reacquainted with the Foxton Little Theatre when he moved back to the region in 2000, after a working life that included a long stint with Radio New Zealand. Terry said Lent was the perfect vehicle to allow Chapman to experience his debut in a major role, after a succession of supporting parts. By Michael Wilcox, it is the story of Paul Blake, a 13-yearold orphan preparing to leave the prep school that has been his home and move on to private secondary education. It is an account of the uncertainties and growing pains associated with young adulthood depicting a young 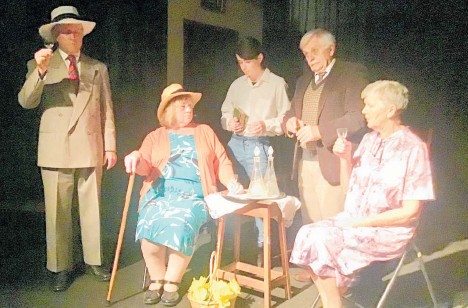 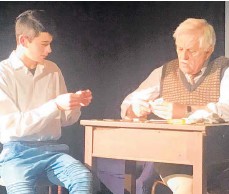 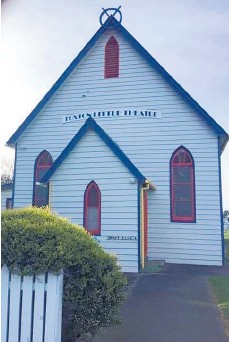