$2m boost for four groups to continue their work 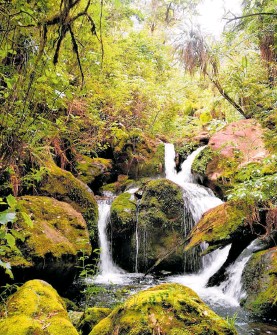 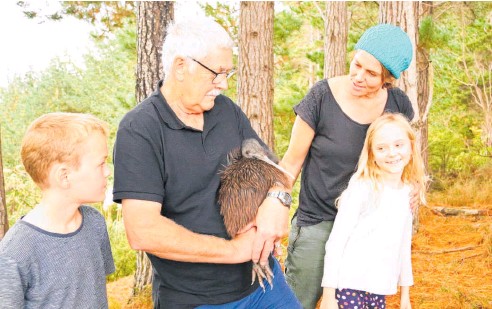 Waikato Regional Council has granted $2.076 million to four landscape-scale predator control projects across the region. At last week’s council meeting on Thursday, the council approved funding to: ■ Maungatautari Ecological Island Trust for its Sharing the Mauri and Mana of Maungatautari project ($1,476,275 over four years); ■ Thames Kiwi Coast Care Inc to expand Thames coast predator control and habitat protection ($270,000 over four years); ■ Waikato Environment Centre Trust for its Bush to Burbs project ($129,517 over three years); ■ Mahakirau Forest Estate Society for its Trilogy of Treasured Tonga project ($201,000 over four years). The purpose of the Natural Heritage Fund is to help implement the council’s commitment to preserving the natural heritage of the region — native plants and animals, threatened ecosystems, outstanding landscapes and the natural character of waterways and the coast. Natural heritage projects are designed to protect and enhance the ecological assets of the people of the region. The Natural Heritage Fund has been in place since 2005 and is derived from the Natural Heritage Targeted Rate of $5.80 per property. Funding for Thames Coast Predator Control and Habitat Protection will go towards the wages of two staff to extend the area for mustelid control and for materials to reinstate possum/rat control in the area. The total cost of the project is $998,700 over four years. Thames Coast Kiwi Care was set up in 2006 to protect and enhance kiwi populations along the coast between Thames and Coromandel. It has seen kiwi numbers climb from an estimated 28 kiwi to 250 kiwi in 2021, thanks largely to volunteer efforts and by using Operation Nest Egg to hatch over 80 chicks since 2014. Waikato Regional Council deputy chairwoman Kataraina Hodge says says the council has supported Thames Coast Kiwi Care with smaller grants through its Small Scale Community Initiative Fund and Environmental Initiatives Fund in the past, which has helped the project to grow and run education programmes in schools. “This group’s track record is outstanding and that is shown by the increase in kiwi found in this area. Without their project, the local kiwi population would almost certainly have disappeared.” Mahakirau Forest Estate is an internationally significant natural area comprising of 580 hectares of privately owned native forest on the 309 Rd in the Coromandel Peninsula. This project centres on the prevention of biodiversity loss of three of New Zealand’s most endangered species, which are only found in the Waikato region: Archey’s frog, northern striped gecko and Helm’s butterfly. The project area is 400 hectares of an intensely predator-controlled land and involves 18 landowners. The funding will help cover the cost of pest control contractors, with a particular focus on rodents, cats, wasps and pigs, the main species believed to negatively impact the trio. It will also help pay for materials and the preparation of biodiversity management plans. Kataraina says the Natural Heritage Fund also supported Mahakirau Forest Estate Society in 2018 with funding over four years to upscale its predator control infrastructure. “We’re impressed with this group’s high-level biodiversity outcomes and how they work with the likes of researchers and other conservation and environmental groups to clearly define their targets.”