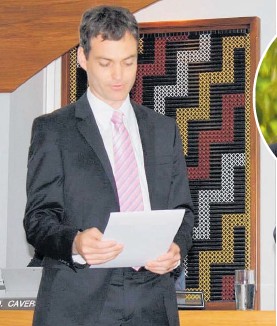 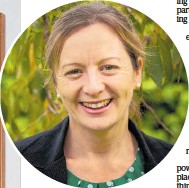 The Hauraki District Council has voted to support an MP’S private member’s bill to limit the sale and supply of alcohol in the community. The endorsement of MP Chloe Swarbrick’s amendment of the Sale and Supply of Alcohol (Harm Minimisation) Amendment Bill was voted on at this week’s council meeting. The endorsement makes it the sixth council in New Zealand to support the bill, joining Auckland, Christchurch, Whanganui, Hamilton and Palmerston North. Alcohol Healthwatch’s executive director, Dr Nicki Jackson ,says until the appeals process is removed from liquor laws, alcohol retailers will continue to challenge any local alcohol policy that limits their sales. “I wholeheartedly welcome the council’s support of the Private Member’s Bill,” she says. “Small councils are especially powerless to fight the supermarket duopoly in their endless appeals to local alcohol policies. We know these appeals prevent them from putting effective policy protections in place. This bill will benefit small councils like Hauraki the most, empowering them to give communities a greater say on where, when and how alcohol is sold. I look forward to other councils following this leadership.” The council’s endorsement of alcohol law reform comes as Waikato communities struggle with the impacts of alcohol harm. More than half (55 per cent) of all Pasifika male drinkers in the Waikato District Health Board region are hazardous drinkers along with 25 per cent of all Pasifika females. More than half (53 per cent) of all Ma¯ori male drinkers are also hazardous drinkers as well as 32 per cent of all Ma¯ori females. Hauraki District deputy mayor Paul Milner said it was time to put the needs of the community first. “After hearing the submissions to our LAP and during our deliberations it was clear that the potential for lengthy and costly appeals was holding our communities back from making any other substantial changes, particularly when it comes to opening hours for a premises,” he said. “The Auckland council experience of waiting the best part of a decade is clear evidence that the current appeals process prevents communities from having their voices heard in the way the act intended.” If the bill amendment is successful, the Sale and Supply of Alcohol (Harm Minimisation) Amendment Bill will abolish appeals on local alcohol policies in order to provide proper local control over alcohol regulation. Swarbrick said the bill would empower local communities to put in place alcohol policies to regulate things like how many bottle shops were in their area. But in practice, because of that special appeals process, commercial interests had frustrated attempts to protect communities. “The appeals process has meant that particularly in the cases of communities trying to impose rules around how they want alcohol accessed, that corporate interests have been able to override them and tie them up in court. That’s meant that both Auckland and Christchurch city councils have spent in excess of $1 million each in trying to put local alcohol policies in place.” The Christchurch City Council abandoned its draft policy while the Auckland Council has been in the courts for more than seven years trying to implement a local alcohol policy.